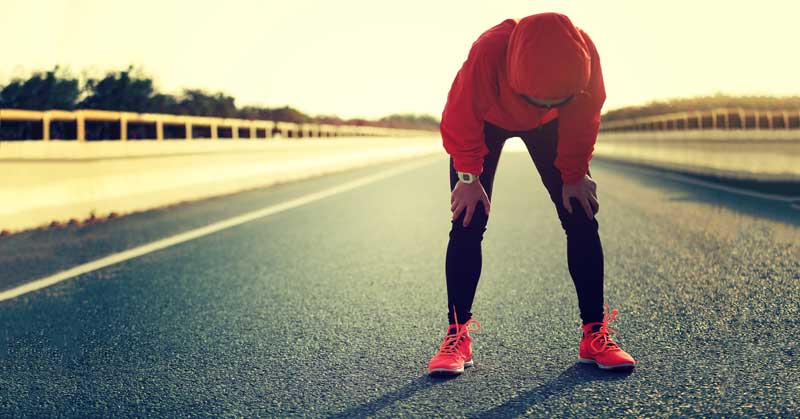 Central Nervous System (CNS) fatigue is a phenomenon mentioned in training room conversations, at lectures, and in coaches’ forums. The term itself seems to be well-accepted. But as one delves into investigations on its etiology beyond a Google search into the realms of peer-reviewed exercise science, clear applied scientific information becomes vague and scarce.

Much of the work done on mechanisms behind CNS fatigue offers reasons why fatigue results from prolonged endurance exercise. There’s also research into output-related illnesses such as chronic fatigue syndrome. When we switch gears and examine CNS fatigue under a physical preparation lens, information to substantiate the biological theory that it results from high-intensity (speed and power) exercise becomes much more elusive.

As coaches, however, we likely agree that we cannot plan for successive high-intensity sessions without negative consequences. Or can we? Perhaps we do not know. Or perhaps it’s highly individual or subject to the logistical and traditional constraints of western sport models and common periodization schemes.

In the book, The Charlie Francis Training System, Francis discussed how optimal CNS functioning might look in a high-performance athlete. He suggested, “optimal transmission of nervous signals” and “motor pathways, characteristic of optimal technique and efficient routing of motor signals must be in place.” CNS fatigue is reached when the “by-products of high intensity exercise build up to a point where the CNS impulses (necessary to contract the muscle fibers) are handicapped.”

According to Francis, this is caused by:

Whenever athletes focus on maximum speed or explosiveness, they tax their CNS. “Low-intensity workouts (65-80% 1RM) leave the CNS relatively intact,” Francis explained. Recovery from CNS work requires at least 48 hours before a similar dose. During this period, the athlete should undergo recovery strategies to restore homeostasis.

“At the highest levels of sport there is a quantum increase in CNS output for every increment of improvement. A 95% effort might require 48 hours of recovery, whereas a PR (100% effort) might require 10 days of recovery,” Frances stated.

It appears there is a margin of recovery that should not be taken lightly when we differentiate between 95% and 100% of max speed or power. Perhaps, then, it’s important to highlight the importance of rest and recovery, proper spacing of training sessions, and load monitoring. Perhaps understanding the following two questions will allow us to improve our practice as coaches:

A deeper understanding of the operations of the CNS has grown over the years, linking biological rationale to phenomena we observe as coaches or sensations we might experience as athletes. However, much of the work on CNS fatigue and its role during exercise is done during prolonged exercise and in clinical exercise physiology and medicine. In the physical preparation of the speed-power athlete, perhaps we are following rules of a game we do not yet fully understand.

Most investigations suggesting the CNS plays a role in fatigue are restricted by the lack of “plausible biological mechanisms” and are “relegated to a role of a black box phenomena” which are hard to defend.3

Fatigue experienced during exercise is defined as the “inability to maintain a given exercise intensity.”2 It includes an acute impairment of exercise performance that leads to an increase in perceived effort and an eventual inability to produce high quality and high magnitudes of muscular power.3 Fatigue can vary with the nature of the activity (intensity and duration), the athlete’s training status, and the present environmental conditions.2 The causes of acute fatigue are interrelated and complex. Fatigue can be elicited by depleted energy stores in muscle or by accumulating metabolites within the muscle cell. Fatigue can also result from a failure of neural transmission outside the muscle cell within the nervous system,6 which is the focus of this article.

Neural or nerve transmission is the process whereby signaling molecules (neurotransmitters) are released by a neuron (the presynaptic neuron), and bind to, and activate the receptors of, another neuron.6

It’s important to mention that fatigue also has roots in psychology. For example, the limits of physical stress may be consciously or subconsciously limited by the athlete’s pain and work tolerance.6 Motivation and perception 3 and their effects on performance have been documented for years.1

It’s difficult to find a specific definition of CNS fatigue. Davis and Bailey explained it as the “failure to maintain the required or expected force or power output associated with specific alterations in CNS function that cannot reasonably be explained by dysfunction in the muscle itself.” Somehow the ability to maintain CNS drive to the working muscle(s) is compromised.

In other words, if it takes more stimulation (CNS input) to produce a desirable level of muscle contraction (output), then the CNS is likely fatigued. This indicates that the muscle itself is less responsive to the degree of input it’s receiving from the CNS.

Evidence for a specific role of CNS fatigue is limited due to human physiology’s constant flux. Click To Tweet

There also may be factors outside of the muscle cell that cause fatigue.6 Fatigue may be the product of an inability to activate muscle fibers, which is a CNS function.

Davis and Bailey discussed the following CNS electrophysiological mechanisms that result in a reduction in CNS drive to the motor neuron:

These considerations may involve a reflex where mechanoreceptors or free nerve endings give the CNS feedback based on the level of muscle metabolites present from the work the athlete is doing.3 Mechanoreceptors are sensory receptors that respond to mechanical pressure or distortion. Free nerve endings are unspecialized, afferent nerve fiber endings of a sensory neuron; afferent meaning bringing information from the body’s periphery toward the brain—they detect pain.

The CNS makes adjustments, regulating the maximal force that can be produced by the fatiguing muscles so a safe and economical pattern of muscle activation can occur. This is known as the sensory feedback hypothesis.3

There is good evidence that the perception of effort is strongly influenced by the magnitude of the corollary discharge (copy of a motor command) from the motor cortex that delivers information to the primary somatosensory cortex.3

For example, when the force that a muscle can exert is decreased via experimentation (by fatigue or with curarization), the perceived effort for the task increases in association with the more substantial motor command that a person must generate to achieve the target force.
“Whether or not these higher centers are modified by neural input from other brain centers, afferent feedback from the working muscle and/or changes in neurotransmitter metabolism subsequent to the passage of blood-borne substances across the blood-brain barrier is not well studied.”3

The Role of Neurotransmitters in CNS Fatigue

The job of a neurotransmitter is to transmit signals across a chemical synapse, such as a neuromuscular junction, from one neuron to another target neuron—the muscle cell. It also carries messages between cells in the brain and spinal cord.

In exercise and CNS fatigue, the key neurotransmitters are serotonin, dopamine, and acetylcholine.3

Serotonin synthesis increases during prolonged exercise, which is associated with lethargy and loss of motor drive.3 When brain serotonin activity or TRP availability to the brain increases, fatigue from prolonged exercise occurs more quickly.

Brain dopamine synthesis also appears to be a key factor in CNS fatigue. It seems to be necessary for movement, and increases in brain dopaminergic activity may increase endurance performance. As noted by Davis and Bailey, dopamine may delay fatigue by inhibiting brain serotonin synthesis and by directly activating motor pathways. Dopamine increases neural drive as well as motivation.4

With ideal dopamine levels, athletes may want to train more and be hungry to compete. Click To Tweet

With ideal dopamine levels, athletes may want “it” more. They may want to train more and be hungry to compete.4 Dopamine also seems to increase vasodilation and the sweat response. The general theory is: more body heat, better nerve impulse transmission.4 Consequently, CNS drive is enhanced and fast twitch fibers are reached due to their superficial nature.

The elusive question, though, is whether these hypotheses can be applied to all training stimuli and all populations.

We are, in essence, examining the same biological markers and measuring CNS drive regardless of the population studied and the stimulus and stress delivered. Perhaps we just have different standards or normative data for the elite athlete versus those with effort syndromes, like chronic fatigue syndrome. Perhaps the CNS simply lessens exercise (stress) intensity to more tolerable levels to protect all humans.

MSc. CSCS at Human Motion
Carmen Bott is a strength and conditioning coach in Vancouver, BC, Canada. She sees athletes privately and specializes in physical preparation for both combative and collision sport athletes. Carmen is also on Faculty at Langara College in the Kinesiology Department. She is also a term lecturer at Simon Fraser University, where she takes pride in supervising Directed Studies with undergraduates. Carmen can be reached at Human Motion.